Though ONE St. Petersburg is not yet finished, some buyers hope to flip their units for hefty profits as Tampa Bay's luxury condo boom continues unabated.

ST. PETERSBURG — Less than a month ago, an investor paid $511,200 for a unit in Tampa Bay's newest condo tower, ONE St. Petersburg.

Though the 41-story tower in downtown St. Petersburg is not yet finished, several buyers already have moved in while others hope to quickly flip their units — at hefty profits — as the bay area's luxury condo boom continues unabated.

"There are definitely people who bought to resell,'' said Peggy Naruns, a Realtor who has a listing in ONE. "We expect that between 15 and 30 units will (soon) be available, with price increases of around 40 percent.''

Just a short block from the city's downtown waterfront, ONE St. Petersburg proved popular from the time it was announced four years ago as part of a $200-millon project that includes a Hyatt Place hotel. Buyers snapped up all 253 units, many taking advantage of pre-construction discounts offered by the developer, the Kolter Group of West Palm Beach.

Two months after sales began last year at Virage on Bayshore Boulevard, more than half of the 71 units were under contract. All 32 units have been spoken for at Aquatica, also under construction on Bayshore. And reservations for condos in downtown's Riverwalk Place have been so brisk that developers decided to make the 50-plus story tower all residential instead of mixed use as originally planned. 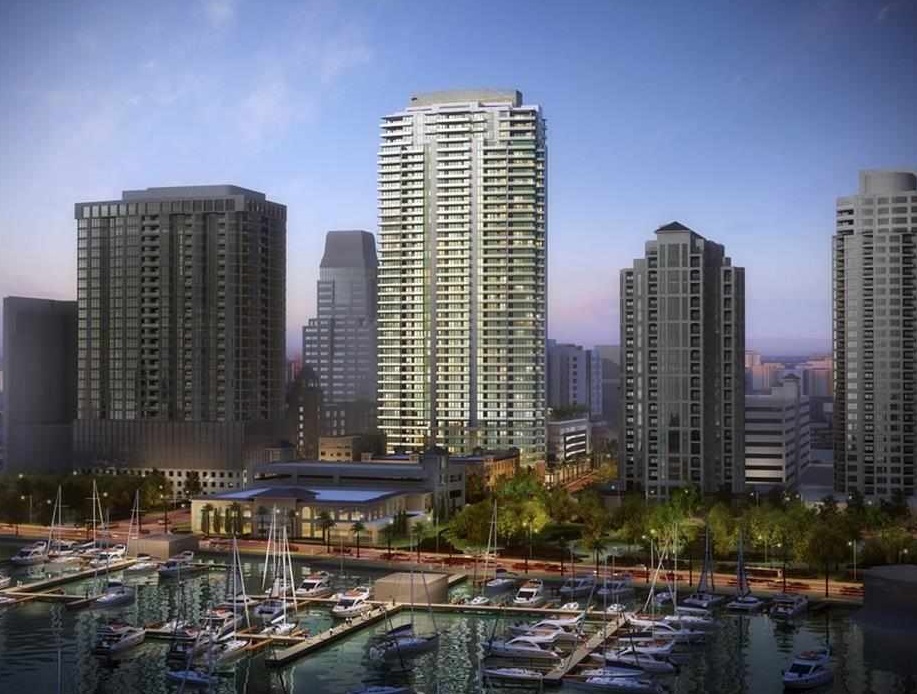 The rush to buy reflects the demand for new construction in waterfront areas where the existing condo stock is showing its age. Virage, Aquatica and the proposed Sanctuary will be the first new condo towers on Bayshore in years. In downtown St. Petersburg, the Bayfront Tower dates to the 1970s and with one exception, every other tower is at least 10 years old.

"The way products develop now, flooring and cabinetry are out date in 10 years,'' said David Vann, an agent with a listing in ONE St. Petersburg.

Arguably, a buyer who can pay $1 million or more for a condo can afford to make updates. But "everybody does love that new construction,'' Naruns said.

ONE St. Petersburg, now the tallest residential building on Florida's West Coast, has a sleeker, more contemporary look than any tower nearby except the 36-story Signature Place built in 2008. Residents enter at First Avenue N and First Street through a glass-walled lobby with a soaring atrium, recessed concierge desk and muted colors and lighting. Amenities include state-of-the-art fitness equipment and “social” rooms with large flat-screen TVs for neighborly get-togethers.

With work still underway on ONE St. Petersburg's top floors, sales are closing in stages. As of this week, 50 buyers had finalized their purchases of units up to the 16th floor.

Actors Jennifer Lopez and John Travolta have been rumored to be among the buyers but sales recorded so far show that most are from the bay area or have seasonal homes here. Several own units in other downtown condos, including Signature Place and Parkshore Plaza.

Among the ONE St. Petersburg condos already back on the market is a three-bedroom, three-and-a-half bath unit on the 7th floor. Facing the water, it has 12-foot ceilings and three terraces.

The buyers, who live in St. Petersburg, liked that the rear terrace opens onto the pool level and would allow easy access to the street when walking their two large dogs.

"They thought they might like to live downtown,'' Vann said. "But they kind of got cold feet and didn't want to move since they have a large yard'' at their current home. 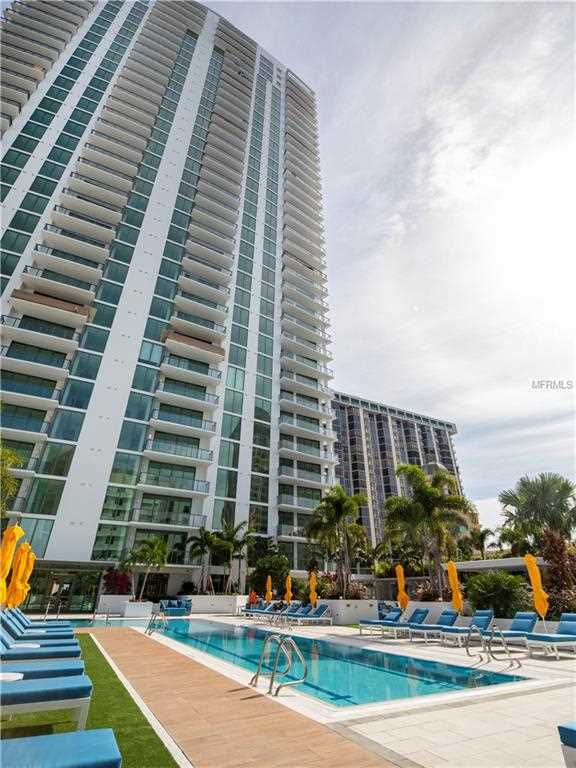 Though still debating what to do, the couple listed the condo with Vann for $1.929 million, $723,000 more than they paid. In the week it's been available, he and other agents have shown it several times.

Naruns said the price increases aren't out of line, given the demand for high-end condos and especially for newer ones. The only other condo tower built close to Beach Drive within the last two years is Bliss, on Fourth Avenue N. There, a couple paid $1.6 million in August for a unit that had sold a year earlier for $979,900.

For condos in general, St. Petersburg's market is strong in what Realtors call the "Five to Five'' — the area of between Fifth Avenue N and Fifth Avenue S — where people can easily walk to restaurants, museums and theaters. In the last six months, 92 condos have sold for $500,000 to $3.3 million.

Demand has increased for units in Signature Place, where banks temporarily stopped lending after the condo association sued the developer and others over design flaws and construction defects. Prices and sales plunged while purchases could only be made in cash.

The lawsuit has been resolved, the problems have been fixed and lending has resumed. Thirteen Signature Place units have sold in recent months for as much as $1.255 million. That's good news for owners who plan to sell and move into ONE St. Petersburg.

The success of ONE and other downtown condos has developers itching to build even more near the city's downtown waterfront. Jorge Perez, whose Related Group developed many South Florida luxury towers, spent an hour walking along Beach Drive early this year scouting for a possible site. But with no vacant land, the only alternative would be to knock down an existing building.

One that has been mentioned is the Hampton Inn, a low-rise hotel with a prime location on Beach Drive. The Hampton is also directly in front of ONE St. Petersburg, and a taller replacement could block the water views for at least some of ONE's condos.

The Hampton's developer and owner, J. Michael Cheezem, said he has no intention of selling it.

Even if the hotel site was sold, it would be years before anything would be built on it.

Narun notes that ONE St. Petersburg also has striking city views, including of the new James Museum of Western and Wildlife Art with its dramatic turquoise and sandstone facade.

Prospective buyers who have viewed condos in ONE "loved that they done such a good job with that museum,'' she said. "It used to be just a parking garage.''